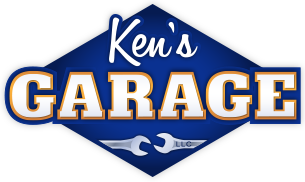 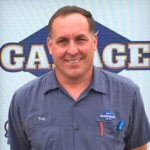 Troy is part of the second generation at Ken’s Garage in Leavenworth, Kansas, after his father who opened the shop in 1978. In 1990 Troy married his high school sweetheart, Angela. Troy graduated from Pittsburg State University in 1993, with a bachelor’s degree in Automotive Technology with an emphasis in Automotive Service Management, he soon transitioned into the Service Manager role at Ken’s Garage in 1995. Over the years, Troy has earned multiple certifications while taking on new roles as the Operations Manager and eventually — Shop Owner. Troy is an ASE Certified Master Technician, ASE Service Consultant, ASE Exhaust Specialist, and ASE Undercar Specialist. In addition to being an industry leader, Troy has since become a leader in the community, by being a former Chairman for the Board of Directors of the Leavenworth-Lansing Area Chamber of Commerce and still serves as a Chamber Ambassador. He has also been an active member of the Lions Club since 1998. When he’s not at the garage, Troy enjoys volunteering with special Olympics, fishing, spending time with his children and the family dog, Spot. 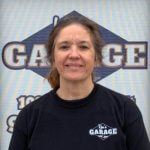 Angela started at Ken’s in 2008. She is our payroll clerk and bookkeeper. Angela is also a schoolteacher, she teaches physical education for 6th, 7th, and 8th grade. She also coaches middle school volleyball and is a volunteer coach in youth sports year-round, so she stay’s plenty busy. Angela has been married to Troy since 1990. In her free time, Angela enjoys crafting, scrapbooking, working out, and spending quality time with her family. 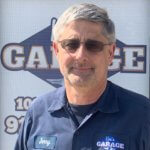 Jerry, a North East Kansas Technical College graduate, has been with our team for 30 years. As an ASE Certified Master Technician, he can solve any problem that rolls into our shop. We consider him our alignment specialist, but after 40+ years of experience in the industry, there’s nothing he can’t fix. In his free time, Jerry enjoys spending time with his kids and grandkids, boating, water skiing, hunting. He also enjoys fixing up old cars and houses. 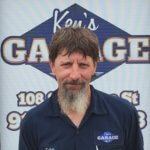 John is a Flint Hills Technical College graduate and ASE Certified technician, specializing in engine repair & performance, brakes, suspension & steering, alignments, and wiring. He has the skills and knowledge to keep cars in top condition and will work on anything that comes through the door. John loves camping and motorcycling in his free time. 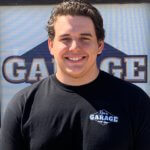 Jonathon was born and raised in Leavenworth and is currently attending Missouri Western State University studying for a bachelor’s degree in accounting. He is a third generation Sculley to be employed at Ken’s and has worked here since 2014. In his free time, Jonathon enjoys spending quality time with his family and girlfriend, he also enjoys fishing, and spending time outside when the weather is nice. 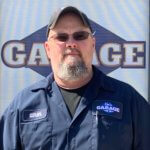 Aaron is originally from Bonner Springs and currently resides in Merriam. He has been with Ken’s since September 2019 and has been in the auto repair industry since 2010. Aaron has been married to Deanna, since 2007 and has four children. Aaron is an Army Veteran and served with the 101st Airborne division from 1990-1994 and was a part of Operation Desert Storm. In his free time, Aaron enjoys fishing, kayaking, playing video games and spending quality time with his friends and family. 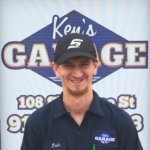 Josh is originally from Arkansas, and currently resides in Leavenworth. Josh has been in the auto repair industry since 2001 and has been with Ken’s since December of 2018. Now, he manages our sister shop, Muffler Masters. Josh has been married to Becky, since 2008, and have one daughter together. Josh is an Army veteran and served with the 601st Aviation Support Brigade from 2003-2009 and was deployed twice to Iraq in support of Operation Iraqi Freedom and Operation Enduring Freedom. In his free time, Josh enjoys building and racing RC cars, fishing, spending time with his family and friends, and riding around in a Go-kart with his daughter. 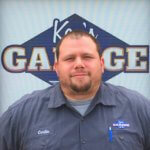 Curtis is originally from Kansas City, Kansas, and currently resides in Lansing. Curtis has been our service manager since March 2019 and has been in the auto repair industry since 2006. Curtis has been married to his wife, Cha’Tara, since 2012, and have two kids together. In his free time, Curtis enjoys spending time with family, fishing, hunting and just being out in nature all together. His inspiration for becoming part of the auto industry, was the movie ‘Gone in 60 Seconds’.

How Can We Help You?

How Did We Do?

Take Our Customer Survey
Get Directions